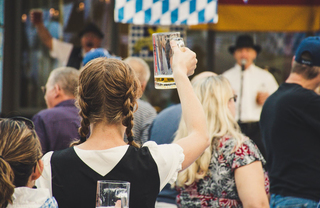 Come October, and the entire nation is inundated with Oktoberfest of varying quality. A bit of hometown pride in grading said quality is natural, but it’s not just residents of The Palmer Apartments and other Denver communities who recognize the Denver Oktoberfest as one of the best around:

This year will mark the 49th iteration of this annual occasion, turning the areas between 20th and 22nd Streets on Larimer (near Coors Field) into a veritable party zone. What makes this among the nation’s most notable? Read on, as we explore the many facets that contribute to the success of “Denoktoberfest.”

Denver’s Oktoberfest has been around since 1969, when shop owners Fred and Hertha Thomas decided to kick off the first such event in Denver in front of their cafe. The tradition took off from there, but the origins of Oktoberfest itself (as you may well know) are rooted in European history:

“The origin of Oktoberfest can be traced back to October 12, 1810, the wedding day of Bavaria’s Crown Prince Ludwig to Princess Therese of Saxony-Hildburghausen. Against tradition, the couple invited Munich’s common people to the festivities. Forty thousand people showed up for the celebration. A year later, they decided to throw the party all over again…”

From there Oktoberfest was born, and each year people from around the world continue to celebrate, putting their own spin on things when the opportunity strikes. This year’s Denver Oktoberfest is no different. Taking place over two weekends (September 21st - 23rd and September 28th - 30th), it will feature a great number of things for visitors to do and see.

There will be beer, naturally. 16-ounce portions of several fine brews will be available for event participants:

Alternatively, you could get a stein filled with “golden nectar,” and even participate in one of the festival’s closely related events — the Stein Hoisting National Championship. Held during all six days of Denver Oktoberfest, this challenge is a relatively simple one: take two steins filled of beer, then hold it with your outstretched arm as straight as possible. Sip the beer, spill the beer, or bend your arm, and you are eliminated from the competition. Win, and you’ll be awarded with an “amazing prize courtesy of Spaten.”

At face value, holding out giant glasses of beer might seem like a silly waste of time, even in competition format. In truth, though, this is a wildly popular part of the Denver Oktoberfest experience: “Last year over 8,000 spectators were at the finals to cheer on the Male and Female competitors,” according to the official Denver Oktoberfest website. If you need some help preparing, you might want to check out the US Steinholding Association’s online guide for getting into the best steinholding shape of your life before competition time rolls around.

Even with all that popularity, though, it’s not the only beer-related piece of excitement going on this year. There will also be some riveting keg-bowling matches. Do you have what it takes to knock down stacks of kegs with another keg? If so, this is the event for you — get that rolling arm ready and prepare to slide those kegs with precision.

Oktoberfest isn’t all about the brews, though. The bratwurst eating challenge will test the mettle of all food-scarfing competitors. Held on September 22nd, there is but one objective: down more brats than anyone else in attendance. It will be important to bring your “A” game for this contest, as the top 3 finishers will have a hefty sum donated to the charity of their choice, courtesy of Denver Oktoberfest and Continental Sausage — $500 for first place, $200 for second place, and $100 for third place.

Tangentially related to this event will be the 13th Annual Long Dog Derby. This is a weiner race, in case that wasn’t immediately clear, and it will test the speed of those undeniably cute dachshunds. There are six categories for various competitors:

Non-dachsunds can’t get in on any of the racing action, but they can still make an entry into the Long Dog Derby Costume Contest.

And, as you can likely gather, Denver Oktoberfest will be a blast for all in attendance. Be sure to check out some photos from years prior to get an idea of what to expect with you enter the Oktoberfest grounds, take advantage of the discounts and deals being offered by some of Oktoberfest’s sponsors, and keep up-to-date on it all be monitoring all their official social media channels.

Plan a Trip From the Palmer Apartments

While it might be difficult to tear yourself away from the splendor of The Palmer, Denver Oktoberfest is one event that will be worth it. The food, the fun, the company — it’s all another day in the Mile High City, and there will be plenty more great moments to come while you’re staying in fine communities like this one. Check out what the Palmer has to offer, get in touch, and get ready to find your new apartment home among these splendid residences. 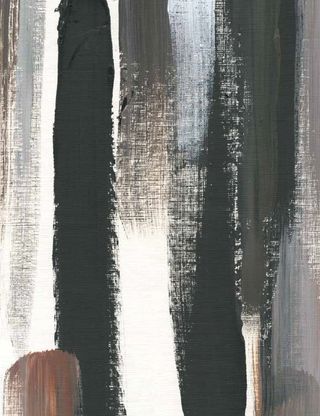 Use the menu bar on the left to explore neighborhood points of interest.